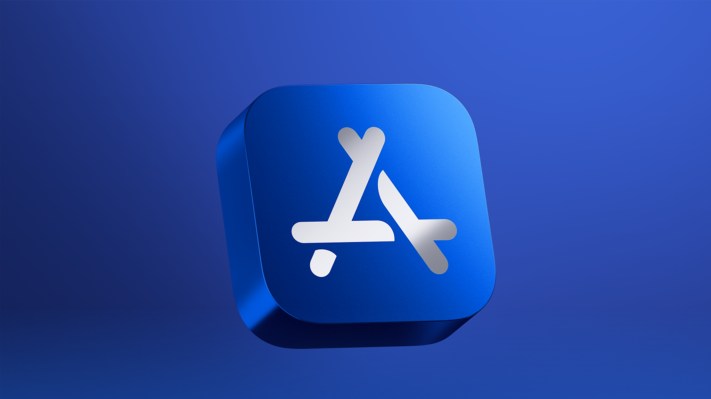 According to data from PitchBook, faith-based, predominantly Christian apps attracted $ 175.3 million in venture capital funding this year through mid-December, more than triple the $ 48.5 million they received from they attracted VCs last year.

As readers may recall, we chatted with one of the startups that raised a big round – Glorify – earlier this month when it landed $ 40 million in Series A funding headed by Andreessen Horowitz. The subscription-based “wellness” app currently offers users guided meditation, along with audio Bible passages and Christian music, and its co-founder and co-CEO, Ed Beccle, has big ambitions to create a platform. -wider shape which other characteristics.

Most recently, we chatted with Alex Jones, the founder of another of the hottest faith apps of the year. Called Hallow, the three-year, 40-person group raised $ 40 million in Series B funding in November from Peter Thiel, Drive Capital and others and raised a total of $ 50 million this year to “help people to build a prayer routine. and travel together through content, ”says Jones.

Beyond the fact that Hallow focuses exclusively on Catholics, while Glorify focuses on all Christians, we wondered how the two outfits – which clearly fight to capture many of the same users – differ in their offerings. and in their outlook. What we observed is that Hallow CEO Alex Jones, sounds more “religious” than Beccle, a young serial entrepreneur who describes himself as a philosophical person who focuses largely on the impact of technology on the way people think and feel.

But we’ll let you hear straight from Jones how he thinks Hallow’s app differs from his rivals. Our discussion, below, has been modified slightly.

TC: How do you see Hallow’s place in this increasingly crowded competitive landscape?

AJ: First of all, we’re big fans of anyone who helps people deepen their relationship with God and find peace, so we’re delighted to see a lot of people – Glorify, Pray, Abide – all of these people keep on going. ‘trying to help people deepen their spirituality. As for Hallow, we focus on the Catholic world, so all content is 100% authentically Catholic and in line with the teaching of the Catholic Church, which is a specific theology.

Then on the content side, we have a ton of really phenomenal exclusive content, [including] Jonathan Roumi, the guy who plays Jesus from “The Chosen”, [who] does a lot of meditation for us. [YouTube priest and personality] Father Mike Schmitz,

Bishop Robert Barron, Dr Scott Hahn, Sister Miriam and Sister Joséphine create content for the app. We also have Mass readings that align with the daily Mass of the Catholic Church; we have rosary stuff everyday; and we have a massive music library with a lot of really nice Gregorian chants and traditional old school stuff, as well as new contemporary music and peaceful Andean music and all that jazz.

Yes, I think everyone has the same template, but there is a free version of the app that has over 1000 meditations, and with Hallow Plus you can unlock up to 3500 custom meditations.

How many average users per day do you have and what percentage of them are paying customers?

Why create this company?

It was largely a personal journey. I was brought up in the Catholic religion, but lost my faith in high school and college. I would consider myself an atheist or an agnostic most of the time. Then I got into secular meditation instead. I was fascinated by it, and Headspace had just launched [as well as] Calm and I loved the products and thought they were a great way to learn meditation technique from the comfort of your own home. But every time I meditated, my mind felt drawn to something spiritual, something Christian. So I started talking to priests, brothers, sisters, pastors, anyone I could talk to, asking the question, “Hey, is there an intersection here between that thing of meditation and that thing of faith? And they all laughed at me and said, “Yeah, we’ve been doing it for 2000 years.” It’s called prayer.

Are you a first-time founder?

Yes. I was a licensed engineer, so I knew how to code a little. Then I went to McKinsey [and worked in] strategy consulting for a few years then I went to [the Stanford Graduate School of Business], so I was exposed to entrepreneurship. When we first started talking about this idea, I learned to code in Swift for iOS in a matter of weeks. [with the help of] a free class from Stanford, so I was able to figure it out pretty quickly, but I’m a terrible engineer [and we’ve thrown away] the code I wrote [since]. I am by no means a legitimate developer.

Glorify plans to add a lot of features that turn it more into a social network focused on micro-interactions. Is that also on Hallow’s roadmap?

There are many opportunities to help people bring God into as many areas of their lives as possible. I know people threw the dating stuff away or [generating revenue through] tithe stuff. For us, we’re really maniacally focused on trying to help people deepen their spiritual life and find peace with God, so the categories we’re focusing on right now are really the categories. [we already feature], including music, sleep, the Bible, prayer, and meditation. We think we’ve really only scratched the surface with all of this. Only 5-10% of Catholics in the world are in the United States; the great majority are international; we are just launching our content in spanish. We are also very focused on school and parish partnerships.

Has anyone from Facebook contacted you? The company is also said to be very focused on keeping Christians on its platform, including forming partnerships with faith groups.

Facebook has been very helpful to us in reaching out to people and spreading awareness of Hallow, especially during the pandemic. Facebook has also been incredibly helpful in helping us figure out how to advertise to people and what messaging works. They have a basic partnership program that we were able to participate in.

Yet the majority of our growth only comes from people talking about the app and sharing it with people. Also our big point is that your phone is usually a place of stress and anxiety, where you have to figure out how many likes you got or who commented on your thing or what your aunt said about any political issue. burning. Our goal is to try to build a place of peace far from it.

Who do you see as your biggest competitor? The Bible app is the space giant, I know that.

That’s a tough question because, in all honesty, if people end up in Heaven, we don’t really care how they get there.